Skip to content
Orphan Drugs in the process of the German Act on the Reform of the Market for Medicinal Products (AMNOG) – Quo Vadis?

Orphan Drugs in the process of the German Act on the Reform of the Market for Medicinal Products (AMNOG) – Quo Vadis? 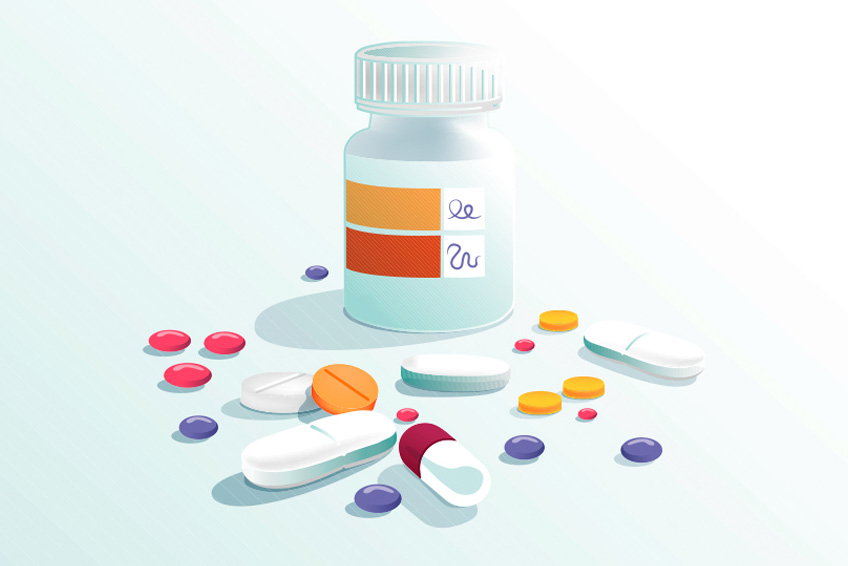 The special position of Orphan Drugs in the process of the German Act on the Reform of the Market for Medicinal Products (AMNOG, Arzneimittelneuordnungsgesetz) is frequently criticized. In the following article, we will explain the concept of Orphan Drugs, elaborate their particular role and discuss the upcoming changes within the AMNOG process.

If a disease affects ≤ 5 people per 10,000 inhabitants, it is called an orphan disease. Each orphan disease is extremely rare for itself, but in total, all orphan diseases ‑ there are more than 8,000 – affect many people. For example, it is estimated that orphan diseases affect approximately 4 million people in Germany. The term Orphan is derived from the fact that for a long time no attention was paid to these diseases. Pharmaceutical manufacturers had little motivation to develop drugs for orphan diseases because of the high research and development costs associated with the small number of patients per indication.

The Regulation (EC) No 141/2000 on Orphan Medicinal Products addressed this discrepancy in January 2000 and created incentives for pharmaceutical manufacturers to develop and commercialize Orphan Drugs. While only a few Orphan Drugs were approved each year before 2000, the number has already exceeded 200 since the regulation came into force.

In order to obtain an Orphan Drug approval in the European Union, certain requirements must be met. Those include:

Regardless of the incidence of the disease, the EMA has established exceptional approval pathways to allow medicines to be marketed more quickly in certain cases. These include approval under exceptional circumstances (e.g. when it is not possible to provide study data in the underlying indication as part of a classic approval) and conditional approval (in which the approval is initially limited by the EMA). In addition, the EMA can carry out an accelerated approval procedure if, for example, the underlying drug covers a large therapeutic gap. The accelerated procedure shortens the timelines of the EMA’s work and does not reduce the approval requirements. In the period from 2015 to 2021, 68 % of all Orphan Drugs went through the regular approval process, while the remaining 32 % were based on alternative procedures.

The special position of Orphan Drugs is also taken into account in the German AMNOG process. After market launch, Orphan Drugs do not enter the regular benefit assessment in accordance with the German Social Code, Book Five (SGB V), section 35a. The additional benefit is already considered as proven with the approval by the EMA. The Joint Federal Committee (G-BA, Gemeinsamer Bundesausschuss) only determines the extent of the additional benefit of the medicinal product, based on the evidence submitted by the pharmaceutical manufacturer. No appropriate comparators are necessary within these procedures and only certain parts of Module 4 have to be submitted. This is why the Institute for Quality and Efficiency in Health Care (IQWiG, Institut für Qualität und Wirtschaftlichkeit im Gesundheitswesen) refers to these assessments as “limited assessments”.

If the extent of the added benefit cannot be determined in the known categories (substantial, significant, small), a non-quantifiable added benefit is attested. It is important to understand that only randomized controlled trials (RCTs) are considered adequate for quantifying the added benefit according to both the IQWiG and the G-BA’s submission template.

However, there are cases in which Orphan Drugs have to pass a regular benefit assessment procedure: if the drug exceeds the threshold of € 50 million of sales within 12 months, a comprehensive benefit dossier must be submitted to the G-BA (including the proof of additional benefit over the appropriate comparator).

Orphan Drugs account for slightly more than a quarter of all benefit assessments in Germany since 2011, most of which are in the therapeutic area of oncology. From 2011 to 2022, the G‑BA gave 59 % of all Orphan Drugs a non-quantifiable additional benefit.

The special position of Orphan Drugs in the context of benefit assessment has repeatedly been criticized because of the following reasons:

One-time Orphan Drug therapies have a special position. The high therapy costs of such therapies, calculated over the lifetime of the patient, can be lower overall than for existing permanent, continuously given therapy options. However, the financing system for pharmaceuticals is designed for the reimbursement of those permanent therapies. This is problematic because the refinancing logic in the morbidity-oriented risk structure compensation shifts the costs risk of one-time therapies to individual payers.

Irrespective of extremely high-priced one-time therapies, expenditure on Orphan Drugs for the GKV system has remained constant at around 16 % of all drug expenditure since the introduction of the benefit assessment. An increase of this share is not evident.

The IQWiG concluded from its analyses that the Orphan Drug process should be fundamentally questioned. It states that in more than half of the cases, the additional benefit was not based on scientific evidence. According to the IQWiG, this impacts the quality of care for patients with rare diseases. It further states that the term “added benefit” in the context of Orphan Drug procedures is misleading and that no distinction can be made between Orphan Drugs that bring real progress to patient care and those for which scientific evidence is lacking.

The IQWiG criticizes the fact that the planning of studies on rare diseases often focuses on questions relevant to approval and not on questions relevant to patient care. It welcomes the possibility of data collection that accompanies the drug administration, and suggests to extent the possibility of data collections by “pragmatic (register-based) RCTs”.

Major changes planned in the AMNOG process for Orphan Drugs

The criticism towards the special position of Orphan Drugs in the AMNOG process did not remain unheard. Both in the referendum draft on the GKV financial stabilization act published at the end of June 2022 and in the first draft bill published in September 2022, a reduction in the sales threshold for orphan dossiers from € 50 down to € 20 million is proposed as one of the measures to ease the burden on the healthcare system. The German government hopes that this will result in annual savings of €100-200 million.

The company health insurance funds (BKK, Betriebskrankenkassen) welcome the reduction of the sales threshold for Orphan Drugs and claim that patients with a rare disease are also entitled to fully comprehensive evaluated information about their therapy. The BKK could also imagine an end to the Orphan Drug privilege and demand that the special status should only apply to the first Orphan Drug in an area of application. For the Association of Health insurance companies (vdek, Verband der Ersatzkassen), the special treatment of Orphan Drugs is also no longer acceptable, especially after the above-mentioned evaluations by the IQWiG. The German Medical Association also welcomes the reduction of the sales threshold for Orphan Drugs to € 20 million, even though they consider the step to be insufficient and hence call for the complete elimination of the exemption for Orphan Drugs.

The German association of pharmaceutical companies (vfa, Verband forschender Arzneimittelhersteller) noted that several potentially detrimental provisions for Orphan Drugs were already introduced with the adoption of the act on improved safety in drug supply in 2019 (GSAV, Gesetz für mehr Sicherheit in der Arzneimittelversorgung). Furthermore, the vfa criticizes that the IQWiG and G-BA do not sufficiently consider the challenging generation of evidence for rare diseases.

With regard to the referendum draft of the GKV financial stabilization act, the vfa notes that lowering the sales threshold to € 20 million is likely to cause immense bottlenecks for pharmaceutical companies. Those would face challenges in evidence generation and evaluation, which are currently not taken into consideration in the full benefit assessment. As a result, the G-BA would assess an added benefit for Orphan Drugs less often which translates into a disadvantage for the following price negotations. If the referendum draft is implemented in its current form, the vfa fears a loss of incentives for pharmaceutical manufacturers to invest in research and development of drugs for small patient groups. Accordingly, the vfa requests the current sales threshold to remain as is. In a recent statement, the federal association of the pharmaceutical industry (BPI) rejects the currently planned lowering of the sales threshold. The BPI furthermore states that the sales thresholds was originally implemented to ensure proportionality with regard to the effort that has to be put into writing a dossier and the sales revenue of the underlying drug. It remains unclear to the BPI why this principle is now put under challenge.

It is evident that the special position of Orphan Drugs in the AMNOG process is a major point of discussion between different players in the healthcare system. Not surprisingly, the positions of the health insurance funds and the pharmaceutical industry are opposed to each other.

While everybody agrees that patient care is the main goal, one side has its primary focus on reducing costs; and the industry is looking for ways to keep developing Orphan Drugs in an efficient manner that also benefits the patients. The IQWiG is central to the discussion as its methodological criticism towards Orphan Drugs procedures is used by health insurances as an argument to abolish the special position. Implementation of the currently planned measures would bring a significant and lasting change in the AMNOG process regarding Orphan Drugs. Furthermore, by lowering the sales threshold to €20 million the G-BA will have to carry out full evaluations of several dossiers that have been evaluated in a restricted manner so far. Major efforts from all involved stakeholders will be required to ensure high quality and affordable care for patients with orphan diseases.