Skip to content
Game changer for the fight against cancer?

Game changer for the fight against cancer? 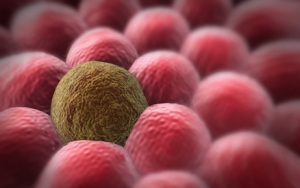 Despite tremendous progress in cancer research and development of cancer treatment, the World Cancer Report1 states 8.2 million cancer related deaths in 2012 with an expected rise of new cancer cases by 70 % within the next two decades.

As applicable to every disease, research and development focuses on 3 strategies in order to address this alarming prediction and to ameliorate the foreseen epidemiology: prevention, diagnosis and treatment.

While prevention is only rarely a target for commercial R&D efforts, the development of novel, sensitive and non-invasive diagnostic tools and innovative therapeutic strategies is at an all-time high. Here, we would like to outline promising new results regarding accurate and fast cancer diagnostics as well as innovative potential treatments.

Early detection of cancer greatly enhances the chances for successful treatment of the disease. Screening tests are used to detect individuals who have cancer but do not show any symptoms yet and therefore could be treated at a very early stage of the illness.

However, although having saved many lives, screening test not rarely rise inaccurate results. The consequences are false-positive results and overdiagnosis. Both not only come along with an economic burden of costs for additional diagnostic testing or unnecessary treatment. Far more serious are the physical and psychological effects such an error has for the patient.

Three recent findings describe the advances in research towards more reliable and efficient diagnosis of breast, prostate and pancreatic cancer.

Screening mammography, commonly used to detect early stages of breast cancer, was recently associated with high overdiagnosis rates, although with variable incidence (19-52 %)2.A study performed at the Harvard University describes that the increased rate of women in the USA diagnosed at an early stage did not lead to a desired corresponding decrease in mortality due to mastocarcinoma3.

A newly developed method, testing for a breast-cancer specific microRNA profile in the patients’ urine, might provide a promising new screening and diagnostic approach.

Micro RNAs are a class of non-coding ribonucleic acids which are involved in the regulation of gene expression by modifying post-transcriptional processes and have been implicated in the pathogenesis of several cancer types4.

In their study (n=48, including 24 patients with breast cancer stages 1 to 3), researchers of the University of Freiburg could predict with a reliability of 91 % if the urine-screened subject was healthy or affected by breast cancer5. 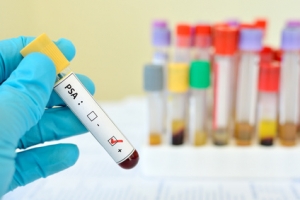 In contrast to immunoassays which are usually used for the diagnosis and monitoring of this form of cancer, the technology of researches from the University of Birmingham is easy in production, can be stored for long periods and even be recycled. Immunoassays not only are very expensive, they are sensitive to degeneration and their false-positive readings have been frequently criticized.

Convincing evidence demonstrates that, depending on the threshold and testing interval used, up to 80 percent of positive prostate-specific antigen (PSA) test results are false-positive7.

Additional testing for the patient is the consequence, with one or more biopsies in the consecutive year8, often accompanied by the experience of pain, infection, bleeding and other issues demanding for clinical follow-up or even hospitalization9.

To overcome the constraints and disadvantages of antigen testing, the chip targeting method operates as a lock-key principle that enables only the very specific structure of prostate cancer glycoproteins to bind to a matching motif of boronic acid based carbohydrate receptors as a recognition site. In addition to a very high binding affinity, the authors report nanomolar sensitivity as well as 30-fold selectivity for prostate specific antigen over other glycoproteins.

Yet another approach presented by a group at the MD Anderson Cancer Center in Houston, might yield a potential screening opportunity for pancreatic cancer. Although this type of cancer is not as frequent as the above, it ranks fourth in the accounts for cancer deaths in the United States10.

Very often, by the time of diagnosis the cancer has already spread. Curative surgery is only possible in a very small number of cases and the 5-year survival rate is only 7.2 %11. A blood-test for a cancer specific exosome protein marker, however, now pointed out with a probability of 100 % those individuals who were affected by pancreatic cancer12.

Thus, although additional development of complementary pancreas specific profiling is clearly needed, the report gives hope that a screening biomarker for pancreatic cancer could be used for clinical purposes in the very near future. 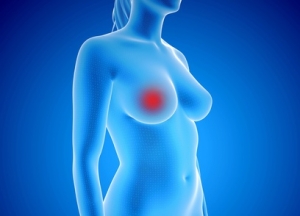 Once cancer is diagnosed, choosing the right cancer treatment for each patient is a highly critical and challenging task in everyday clinical practice.

Although for breast cancer, for example, numerous (neo-) adjuvant treatment options are available, predictive diagnostic tests (genetic or cellular) for defining the individual, optimal, most effective treatment have not been successfully implemented into clinical routine, yet13.

Work from the Hospital of the University in Munich now shows that an in vitro breast cancer spheroid model works as a predictor for individual treatment response14.

The authors describe that by generating spheroids (miniature models of the tumor) from breast biopsies, drugs or drug combinations can be tested on an almost identical tumor grown in the petri-dish, thus allowing for predictive results for treatment outcome within 8 days.

With the help of this 3D in vitro model of the tumor, in the near future patients could be stratified to the optimal single- or multi-agent treatment regimes, thus differentiating ineffective from effective treatment and supporting treatment recommendations. 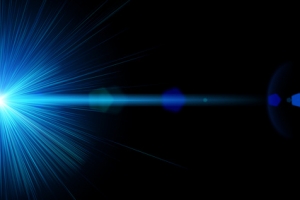 Although not in the very near future, the therapeutic arsenal against localized cancers, like skin cancer or retinoblastoma, might include blue light exposure as a promisingly specific and thus highly tolerable approach.

Researchers from the Ludwig-Maximilians-University in Munich succeeded in the construction of a light-sensitive microtubuli inhibitor by inducing a photostatin into the microtubule influencing molecule15. Thereby, the microtubule dynamics, and therefore cell division, can be interfered with in an on/off manner by the optical control.

Active components targeting the microtubule apparatus constitute the most efficient chemotherapeutics. However, to date these agents affect cell division in the whole body and are accompanied by serious side effects.

Reducing the toxicity of chemotherapeutics, spatially as well as temporally, to a sufficient effective minimum using light exposure, therefore, would constitute a true innovation in cancer therapy.

The understanding of the mechanisms of a fish toxin targeting another part of the cytoskeletal apparatus, the actin filaments, constitutes yet another promising approach for cancer treatment by prohibiting the spreading of metastases.

A study performed by researchers at the Albert-Ludwigs-University Freiburg took a closer look at Yersinia ruckeri antifeeding prophage 18 (Afp18), a toxin which causes enteric redmouth disease in salmonid fish species16. Microinjection of the toxin into zebrafish embryos was shown to inhibit RhoA protein activation and its downstream signaling which is involved in actin-dependent motility, a process also related to tumor seeding.

As further cell division was prohibited by the toxin (actin filaments collapsed in the fish cells), the embryos remained in their developmental stage. The findings might be the basis for the development of new medications intervening with uncontrolled tumor growth and the seeding of cancer via Rho regulator proteins.

We notice that cancer research continuously introduces intriguing new approaches and developments. Although not yet brought into daily clinical routine, new screening methods and individualized pharmacological treatment concepts are under evaluation and show promising first results.

We look forward to seeing these remarkable developments entering into clinical development phases.

About the Author: Dr. Stephanie Patchev