Skip to content
The course of a pandemic – epidemiological statistics in times of (describing) a crisis, pt. 1

The course of a pandemic – epidemiological statistics in times of (describing) a crisis, pt. 1 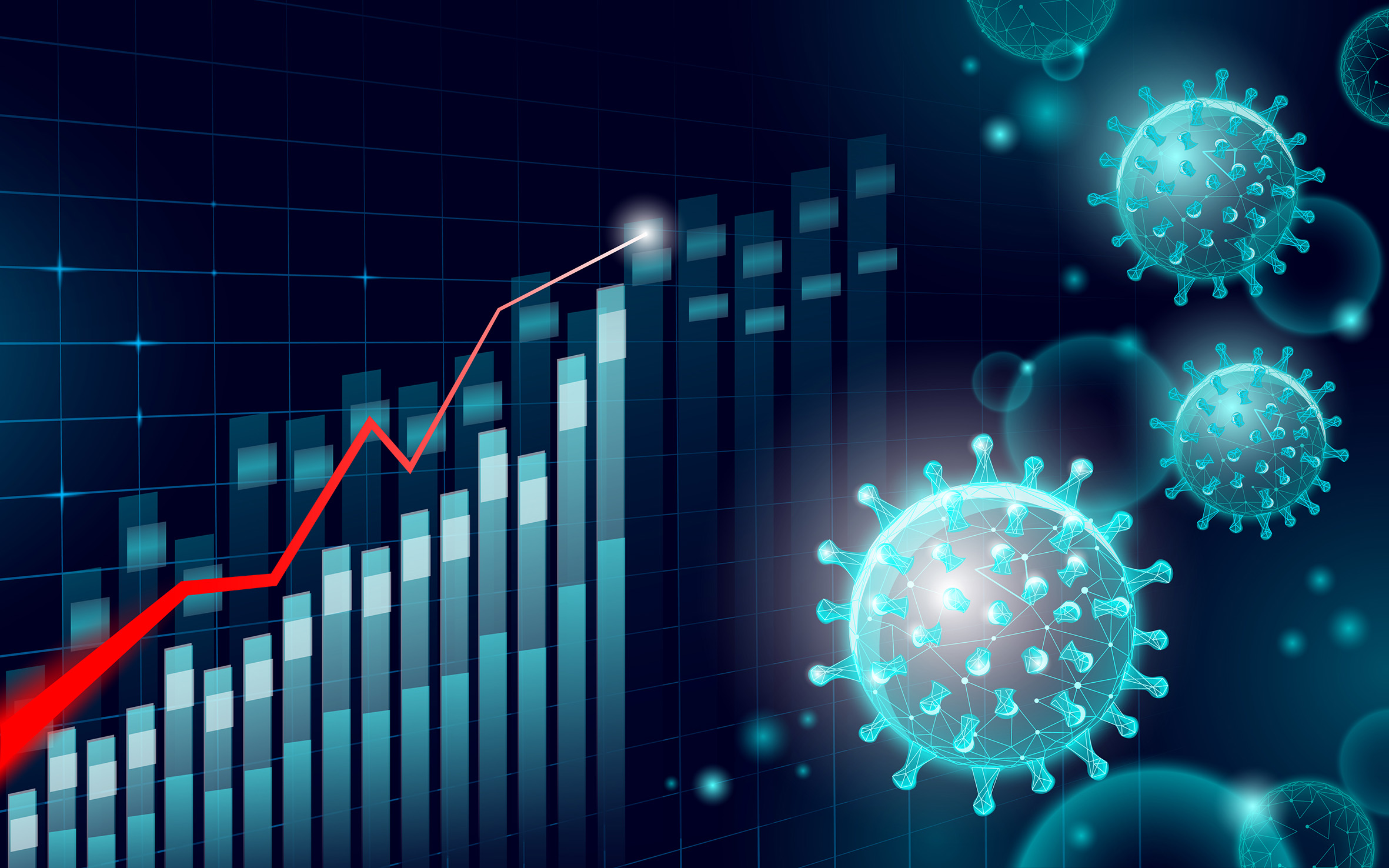 Throughout the current Corona pandemic, epidemiological statistics are widely used in everyday life to an unprecedented rate. Various media use different indicators for all kinds of purposes, be it the honest attempt to objectively communicate the risk associated with SARS-CoV-2, or in order to up- or downplay the mortality rates. As the pandemic evolved over time, so did the indicators that were reported in the attempt to quantify the number of the affected population, the proportion of deceased people or the estimate on how the numbers would develop in the future. With two blog entries, we describe existing key indicators used in the current pandemic and summarize how they are used, perceived and where their limitations lie. The first part is dedicated to non-modelling approaches, whereas the second blog entry will deal with modelling approaches.

The most basic number in this list is probably the absolute number of COVID-19 cases. Especially in the beginning of the pandemic this number was the most reported indicator to give an overview of the current situation. Although it sounds fairly easy to report, some issues arise when comparing numbers across different countries and even within one country between different regions. On a side note, this number was neither a proper prevalence nor incidence, as it lacked the relation to the population at risk and the relation to a time period. It was simply the absolute number of identified cases.

That brings us to the question: How was a case identified in the first place? Scientists around Prof. Drosten from the Berlin Charité have developed the first test for SARS-CoV-2 and it was quickly accepted be the WHO to reliably detect infected individuals. The test itself is based on polymerase chain reaction (PCR) and detects the virus in individuals. In the meantime, several tests for SARS-CoV-2 are on the market, all based on PCR.

For valid and reliable test results, the collection method for the PCR test needs to be uniform and consistent for every sample. With little knowledge about the virus itself, there might have been a lack of understanding how exactly samples have to be collected in order to yield correct results. However, experts agree that the currently available PCR-tests are robust in detecting new cases.

Case definitions emerged over time, and in the end a distinction was made between “suspect case”, “probable case”, and “confirmed case” (1, 2). For example, the “suspect case” definition includes the presence of symptoms. However, especially in the beginning it was not clear what symptoms are associated with COVID-19 (and to which degree, i.e. mild vs. severe), and it became clear that there is the possibility for people to show no symptoms at all despite being infected with SARS-CoV-2. Moreover, the definition includes “history of travel to or residence in a location reporting community transmission of COVID-19 disease during the 14 days prior to symptom onset” (1). Again, especially in the beginning it wasn’t clear which locations were affected and the community transmission for some locations was only discovered in hindsight, so the definition of being a “suspect case” was subject to change. Having established a universal case definition has helped the comparability of case numbers across the globe, but this number still heavily relies on the reports from local health authorities and test capacities (needed to confirm a case), which are not equally distributed. Furthermore, the absolute case number does not take into account the underlying population size, so other measures needed to be found eventually.

A few people raised concerns about the validity of reported case numbers, fueled by differing numbers reported by different sources. As an example, there were three sources that were most often cited when reporting case numbers in Germany, all reporting slightly different numbers, which especially in the beginning seemed like a big difference. The German Robert Koch-Institute (RKI) – which is the central institute of the German government for infectious and non-communicable diseases and its prevention – used the absolute case numbers reported from local health authorities, the European Center for Disease Control used numbers reported from its member states, and the often cited Johns-Hopkins-University relied on various open sources (3), making it the most up-to-date source especially in the beginning.

Especially in the beginning, with still low absolute case numbers and (close to) exponential growths of cases in many countries, the focus shifted to reporting the doubling time. As the name already indicates, it is the time needed for a specific population to double. On peak times of the pandemic, the doubling time was as low as a few days. Limitations of this indicator are similar to the absolute number of cases: it is only reliable if all cases are correctly identified and reported. Comparing the doubling time of different countries assumes that the definition, identification, and reporting of cases in those countries is similar, which it might not have been. Furthermore, the doubling time is not as meaningful when the growth rates slow down and deviate by far from exponential growth (4). With countermeasures taken in almost all parts of the world with differing degrees of severity, the spread of the virus was slowed down and so was the doubling time, to a degree that for some countries, the doubling time is so long it simply would not make sense to report it.

Other indicators sometimes reported during the pandemic are the infection fatality rate (IFR) and the case fatality rate (CFR). Unfortunately, those two indicators are often mixed up, and some confusion has evolved around them. Both are measures of how lethal the virus is, but should not be confused with mortality rate, which measures the number of deaths in a given population, scaled to the size of that population.

The IFR is the proportion of deceased patients among all infected persons. Obviously, the biggest limitation is the exact determination of the denominator: how many infected people are there? The more unidentified cases, the lower the IFR. It can be assumed that there were many COVID-19 cases who only showed mild symptoms or were even asymptomatic, who never went to a physician and were therefore not counted as a “confirmed case” (see limitations of absolute number of cases). On the other hand, if not every death related to SARS-CoV-2 is counted as such, the IFR is underestimated.

Other limitations of the calculation of the IFR include the uncertainty of the course of currently infected patients at the time of assessment (they are counted in the denominator, but it remains to be seen whether they will survive the infection) and the testing capacity of a country.

The CFR is the proportion of deceased patient among all confirmed diagnosed patients. While it might sound similar to the definition of IFR, bear in mind that asymptomatic cases are currently not counted for the CFR. This results in higher values for CFR than for IFR, as the denominator is smaller, yet the nominator remains the same (with all the limitations attached to it).

It is in the nature of the calculation of both IFR and CFR that they change over time with additional information, so e.g. it can be observed for Germany that the CFR increased from 0% on March 7th to approximately 4.6% on May 19th due to the emerging and validated deaths (5). There has been much debate about the usefulness of CFR as a measure of the mortality of a disease during an outbreak of a pandemic, and it is often concluded that it is – even though informative – a rather poor measure. On the other hand, IFR, if calculated correctly, provides valuable information on the severity of the virus. Unfortunately, there is currently no agreed upon number of IFR for SARS-CoV-2 in the research community, with values ranging from as low as 0.1% to 0.66% (6-8). While the range seems narrow, the correct IRF is of utmost importance to decision makers as it heavily influences decisions on restrictions and bans currently in place in many countries.