Skip to content
Standard Deviation and Standard Error – What is the Difference?

Standard Deviation and Standard Error – What is the Difference? 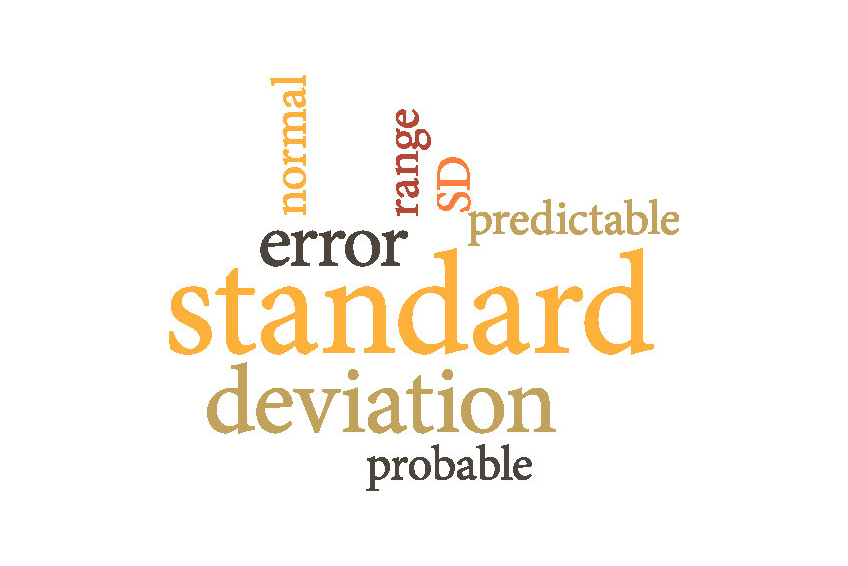 When studying results of scientific publications one usually comes across standard deviations (SD) and standard errors (SE). However, even both measures are widely used the difference between them is not always clear to the readers. This article aims to clarify some important points and to provide a deeper understanding of SD and SE.

The SD gives the variability of a variable within the study sample providing an estimate of the actual variability in the total population. For example, a total population with a heterogeneous age distribution should also lead to a high SD of age in the study sample. It is calculated as the average of the (quadratic) differences from the sample (arithmetic) mean \overline{x}:

For interpretations, it is important to know: \overline{x}\pm SD overs about 68% and \overline{x}\pm 2\cdot SD about 95% of all observations in the sample regardless of the distribution. Moreover, the SD is strongly influenced by single outliers. That means, few extreme high or low values can increase SD remarkably.

However, there is a direct connection between SE and SD:

Table: Example for SD and SE of age in two populations.

Possibly because the SE is always smaller than the SD, many authors tend to show SE in order to describe the variability of a variable. However, this is not correct. Actually, the SE should only be used for hypothesis testing (e.g. “Is the actual mean different from a specific constant value?” or “Are means of two groups different?”) and to calculate confidence intervals (CI):

In summary, when describing the variability of measurements in a sample, the SD is the parameter of choice. The SE describes the uncertainty of the sample mean and it should only be used for inferential statistics (hypothesis testing and confidence intervals).

About the Author: Dr. Regina Hampel